Home » News » Blekinge is on a Mission

Blekinge is on a Mission

From a regional perspective, and specifically for a small region, like Blekinge in southeast Sweden. The Missions method has emerged as a very important tool in addition to Smart Specialisation. In this article you can read about how Region Blekinge has succeeded to create a fantastic mobilisation from the entire society and how they plan to continue their development.

Both Smart Specialisation and Missions have a similar approach: to remove silos and emphasize collaboration between regional stake holders and citizens. In a smaller region like Blekinge, with a population of 160.000, the biggest asset is cooperation and the ability to quickly mobilize for a joint goal, or Mission. Hence, in developing their S3 they decided to use the Mission method when applicable in their specialisation areas. In effect, asking not only what we are good at but also for whom and with what result for society at large. 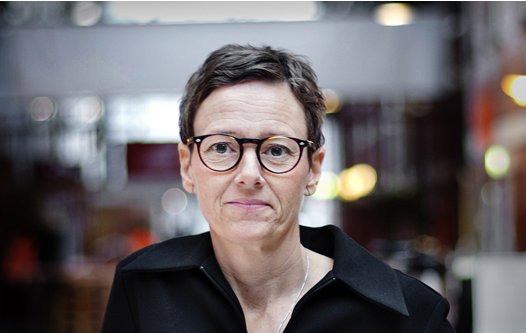 Up until now the mobilizing effect of the Mission method in our region has been fantastic, and we have learnt not to underestimate the strength of a mutual goal for everyone. In the next step we want to add the method in itself as a tool for us to develop in our S3 – with the goal of becoming a leading European Missions region ahead and developing our region as a demonstrator. Initially, our region will focus on the Climate and Ocean Mission, says Erika Augustinsson, innovation specialist at Region Blekinge.

Apart from the mobilizing effect of Missions the method also opens up for smaller regions in lack of critical mass, to join national and European R&D programmes and investments. For this purpose the three specialisation areas in Blekinge will be of importance:

The competence within marine technology in Blekinge has developed over some 300 years. The biggest part of the Swedish navy has been both developed and stationed in Blekinge. Today, SAAB Kockums runs the shipyard and have through large investments, created one of the world’s best naval production sites for submarines and other vessels. Looking at the underwater technology specifically, the competence in Blekinge is outstanding. Besides SAAB Kockums, there is also NKT (previously ABB High Voltage Cables), a global leader in producing and deploying ocean cables for the energy sector. But also Roxtec International, a global market leader in the area of smart and flexible cable and pipe sealings for industries in the marine sector.

The national Marin Museum is also located in Karlskrona and will act as a stakeholder platform and engage civil society in ocean and marine issues.

Within the centre we are currently looking into the goals of the EU Mission Starfish to match goals with knowledge and capacity in Blekinge. A primary focus is to work with knowledge and capacity building regarding ocean and marine environments, by collecting data and establish a Living Lab to test and experiment new blue innovations in the region.

The city of Karlskrona has acknowledged its role as a challenge owner within this coalition. A goal for the Mission is the make sure that the ocean environment, including coastal villages, ports and harbours, archipelago as well as marine environment is left in a better state than before by citizens as well as organisations and corporations.

Blekinge is the only Swedish region with the method Mission as a specialisation area. We see this is an opportunity to broaden the scope of our participation in the Horizon Europe program and involve the regional and local level as well as major businesses and SME:s involved in this area to develop real world test beds for increased experimentation of what works and what does not.

The Living lab approach that we will use is multidisciplinary by nature, as it allows us to elaborate with all the dimensions (policy, technological, social, behavioural) within a closed environment. The methodology is focused on the “messy front end” of the innovation process, in which needs are explored in very qualitative ways with potential users and beneficiaries, brainstorming is heavily utilized, and simple prototypes evolve into functional solutions.

The multidisciplinary in our project is however further reinforced by using Digital Twins. This will allow us to further expand the limits of testing, through gaming and simulation, beyond the physical experimentation limits, and test more policies, more solutions and more social behaviours and measures as well as raising awareness of the state of the ocean.